Do You Need to Keep Your Gas Tank Full in Winter?

BEMAC/Driving Tips/Do You Need to Keep Your Gas Tank Full in Winter?

Do You Need to Keep Your Gas Tank Full in Winter? 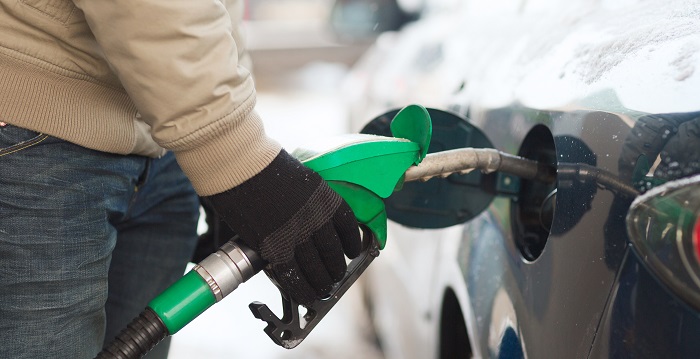 If you’re like most people, your parents probably advised you that to always keep your gas tank at least ½ full in winter. On those days when the needle on the gauge drops low but you’re too tired to stop at the gas station, you may have wondered if it’s true. Unlike the myth that you need to warm up your car in winter…

Turns Out This One’s True!

In winter especially, you should try to keep that gas tank topped up, or at least half full. If your car runs on diesel fuel it’s particularly important.

The Problem is Condensation

Condensation occurs when colder water vapour comes into contact with a warmer surface. You can see this in action on your car windows on any frosty morning.

This can happen in your gas tank, because there’s air in any space in your gas tank not occupied by gasoline. Gasoline is relatively slow to warm up, and will help keep the air cool.

Just like drops of water forming on the side of a cold glass, drops of water can form on the inside walls of your gas tank, where they eventually slide down.

What Happens When there’s Water in Your Gas Tank?

Because gasoline and water don’t mix well, and water is heavier than gas, those beads of water that drop into your gasoline sink to the bottom. From there, they can:

You need a certain volume of air for the condensation to become a problem, so habitually running in the red can lead to more serious problems.

Other Reasons to Keep the Tank Half Full

There is also a safety reason: keeping your tank topped up means you have plenty of gasoline to help warm your car in case you get stranded by the side of the road. Hopefully you have a well-stocked car emergency kit that can help you stay safe too.

Mechanically, there’s another benefit to keeping the tank nice and full: a steady stream of gasoline helps keep your air pump cool. Water or ice particles will interfere with that, potentially leading to damage that can be expensive to repair.

But Someone Online Says it isn’t True

I’ll admit, this is a hotly debated topic online, and I’ve also read forum posts and blog articles from people who say they always let their gas level fall and they’ve never had a problem.

And those people aren’t lying – but you have to look at their location. Many of these people are posting from the southern half of the US, or even the northern half where their winters aren’t as cold as ours. Most Canadian vehicle manuals will actually recommend it.

Yes, it’s also true that modern cars are designed differently, and that modern fuel injection systems don’t have low pressure areas or potential gaps where air con collect. But neither of those things prevent water from condensing in the gas tank in the first place.

It’s true, Canadian law says there needs to be at least 5% ethanol in our gasoline, and ethanol is like antifreeze in that it freezes at a much lower temperature. While ethanol can help, it can’t stop condensation from happening, or prevent it from reaching your fuel lines.

Keep Your Tank as Full as Possible

No matter what time of year it is, try and keep your gas tank as full as possible. When you refill, choose a gas station with a lot of customers. The steady stream of customers means it’s more likely that the station is refilling its massive storage tank more often too. Don’t forget to close up the gas cap tightly when you’re done.

For this reason, it’s not advisable to store gasoline for longer than a few months, and if you have any kind of outboard motor, it should be drained for storage.