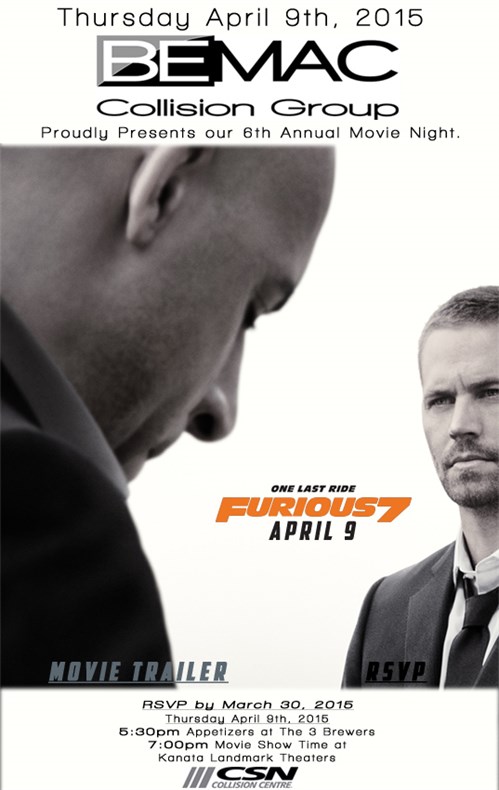 Every year, Bemac takes our love of cars out to the movies. This year, it’s Furious 7, which we should not need to explain to anyone who loves cars! If you’ve been living under a rock, this trailer should catch you up.

It really helps us when people RSVP so we know how much food to get, so please let us know you’re coming. It’s going to be a great time and we’re looking forward to seeing some familiar faces.

“This Here Takes Crazy to a Whole New Level!”

Domenic Toretto was ready for some peace, relaxation and quality time – and so was the rest of his street racing crew.

But Owen Shaw’s older brother is out for revenge, and he doesn’t care who gets caught in the crossfire. It’s up to Domenic to put the pedal to the floor and get in his way.

You’re going to see some seriously crazy stunts in this film (they could have called it “Cars on a Plane” if they wanted). It got some good reviews too – including 81% on the Rotten Tomatoes rating site.

Check out the trailer below to see tires squeal, buildings explode and some seriously insane stunt action. 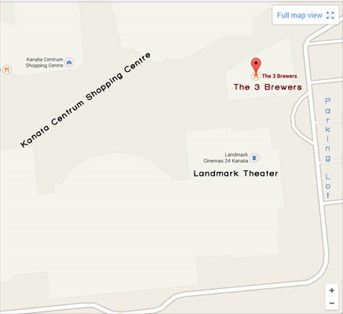