We Built a Custom Truck!

We Built a Custom Truck!

In the Spring of 2012, Danny got the idea that we needed to build a custom car. It was partly to have a group project – even a mascot – but mostly for fun. Danny loves Volkswagens, and he had a second hand one he bought from a neighbour. He came back from SEMA with a head full of ideas, and decided he wanted to change it into a truck.

Shawn, a member of the Bemac team, had a lot of experience with custom cars from previous jobs and from doing them on his own. In particular, he’s into rat rods (1950’s cars dropped super low to the ground). 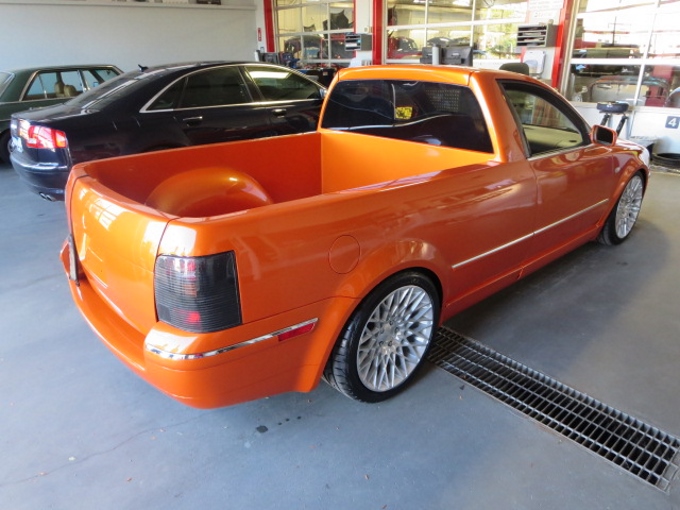 Converting a station wagon to a truck is a lot of work, but it was so much fun it wasn’t really work at all, it was a labour of love.

The first thing we did is to weld the back doors shut. We needed to remove all the glass, the seats, and everything in the back seats of the car. Then we had to figure out where to cut the roof off so we could make the bed of the truck.

Once we completed the cutting, we needed to make the bed rail. Then we made a functioning tailgate. A back panel from a 2010 Dodge Dakota was welded in place, and a custom plexiglass panel is being used for the back window. The bed floor was made from a 2004 Chevy. The truck is a bit of a Frankenstein, but it works!

Here are some of the other modifications we made: 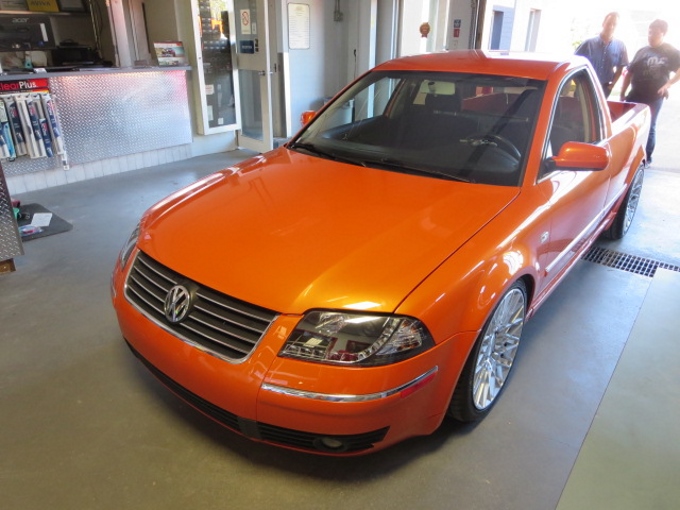 Getting Ready For the Car Show

We decided we wanted to bring it to Parker Auto Care’s Open House car show. Every year in the first weekend of August, hundreds of car fans get together to show off their cars. It’s usually a lot of 50’s – 70’s vintage cars, all fixed up and detailed to within an inch of their lives.

We knew we needed to stand out – and it would be hard surrounded by some of the coolest cars in Ottawa. An amazing colour would be needed, so we decided on a custom paint colour close to the Bemac orange. It was created from a Lamborghini orange, but with more yellow and some pearl added.

The car was a hit. One guy loved it so much he offered to buy it (he still asks us if he can buy it from time to time). A lot of people wanted to know where we got the idea and how we did it.

This won’t surprise real car fans, but we’re not done yet. Future modification plans include:

Stay tuned and we’ll let you know once they’re done.

If You Want Your Own Passat Wagon

The best results always come from creating something unique from your own ideas. You can get inspiration from car shows, online – anywhere. We also love PasMag as it gave us some inspiration for the interior detail and the rims.

Ironically, there’s now a kit car that looks a lot like what we built. Ours is better, of course, because it’s custom!

In the meantime, if your current vehicle needs some work, we can help with that! We offer a wide range of services that will have your car looking and operating like new.